R-Tec Auto Design’s cheater stunt in April 2016 made national headlines and tore open social media news outlets with speculation and confusion far and wide. Within hours thousands of comments, shares and posts regarding a mysteriously ‘dumped’ Range Rover Vogue had spread in a viral frenzy across Facebook, Twitter and Instagram.

As the event became viral, so did the mystery, and false rumours began to spread about who was responsible. The below itinerary is all it takes, apparently, to successfully ‘break the Internet’.

Was it really an infuriated woman wielding a can of paint, angry enough to deface such an expensive car, right outside London’s Harrods? 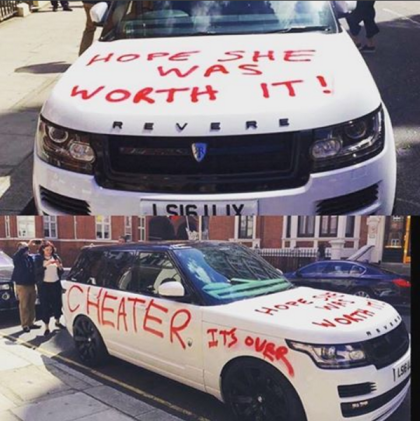 We had the Revere London Knightsbridge Edition in our hands in the middle of the workshop, and frankly we were feeling like a group of naughty schoolboys. 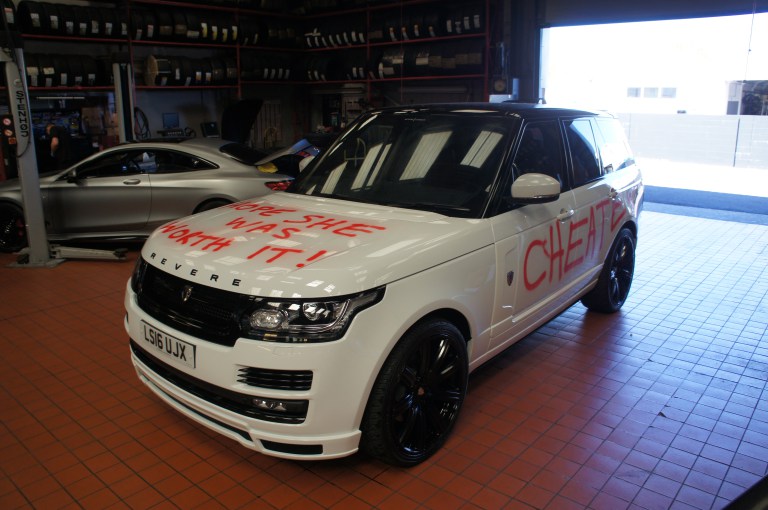 How to be a cheater

The product we used we took straight off the shelf in store. Foliatec Red spray film is a plastic based spray that hardens and peels off most surfaces with a quick detailer. We usually sell it for wheel or small bodywork colour changes, as it’s temporary and won’t damage the paintwork underneath.

Flashback to the morning of the day it was revealed, we had the Revere London Knightsbridge Edition in our hands in the middle of the workshop, and frankly we were feeling like a group of naughty schoolboys.

As we watched in anticipation while the bodywork was ‘defaced’ before our eyes, it wasn’t long once it was on the road before the hashtags #cheater and #reverelondon began to creep onto the popular page.

What’s black and white and red all over?

The finished car was a sight we won’t forget. The red paint dripped and over-sprayed just like it would from a real can. It was like that classic newspaper joke. Time was against us as it was coming up to lunchtime, so the driver left and made it to Knightsbridge by noon. The volume of passers by on a hot April day could not have been bigger.

The rest, as they say, was history. After 24 hours we discovered that a TV show called Cheaters was attempting to steal the glory as our vehicle fit their marketing campaign, so to put a face-to-the-name we returned to the capital with a grey Revere London Sport sprayed with #REVERENOTREVENGE, to put the story straight.

This Range Rover made another impact on the #rangerover and #cheater tags across Instagram and made a satisfactory impact together with a clever play on words revelation posted by @reverelondon featuring a certain wildcat.

If you need any help or advice with plastic-based temporary spray, feel free to pop into R-Tec Auto Design in St Albans for a chat.

For any Revere London stock for sale enquiries, body styling conversion sales or anything else contact the leaders in premium Range Rover customisation through their website, or call +44 (0)20 7022 1201.